Copyright: © 2016 Gamakaranage C. This is an open-access article distributed under the terms of the Creative Commons Attribution License, which permits unrestricted use, distribution, and reproduction in any medium, provided the original author and source are credited.

Autism is rapidly growing worldwide with massive impact on families, country and economy. Genetic and environmental causes are thought to be the main groups of aetiology of autism. Genetic mutations in multiple genes are identified, but they affect only less than 1/3 of cases. Environmental causes, specially trace elements deficiency and excess, leading to development of Autism Spectrum Disorder (ASD) through several mechanisms is discussed in this editorial, with a mini literature survey. However, satisfactory evidence for clear mechanism or aetiology of autism is still lacking. Thus delays the development of an effective treatment strategy for ASD.

Autism Spectrum Disorder (ASD) is common and the numbers are outgrowing. Current prevalence is about 1% [1-4]. Changes in diagnostic criteria and improved awareness and reporting are amongst the reasons why the number is growing so rapidly, over the last three decades [2-8]. However, the numbers are growing so rapidly worldwide that it may show an increase in incidence beyond these confounders [3-10]. Diagnosis of ASD is difficult in the absence of a definite biomarker or anatomical site of defect and frequent changes in its diagnostic criteria. Subsequently the prevalence studies are also challenging [5].

The aetiology of ASD is yet to discover, but there are genetic, epigenetic and environmental factors identified as possible causes. Numerous genetic variants have been identified by genetic sequencing of ASD patients and many said to involve glycosylation related proteins and enzymes [11].

Many syndromes are known to associate with ASD such as, Rett syndrome, Fragile X, Tuberous sclerosis, Prader-Willi, Timothy syndrome, Phelan-McDermid syndrome, Harmartoma tumor syndrome [4]. On the other hand, the recent studies have shown a broad allelic overlap between autism and higher intelligence which opens a newer way of approach to search of genetic causes [12]. However genetic mutations that are identified account only for less than one third of ASD cases [13].

Maternal micronutrient deficiency and toxin exposure can lead to defective foetal brain development. Prenatal exposure to pesticides, alcohol, cocaine, smoking and heavy metal can cause toxicity that leads to ASD [1]. Fish consumption, living close to gasoline stations and use of aluminium cooking pans has been identified as associations to ASD by means of maternal toxin exposure [16]. Air pollution by industrial facilities has been linked to increased prevalence of ASD, by showing higher prevalence closure to such facilities [20]. The association to deficiency or excess of trace elements sometimes is questioned and failed to show a clear relationship [21,22], thus giving challenges to search for cause for ASD.

There are some theories on the mechanism of development of ASD looking in to different aspects of consumption, metabolism and excretion of those trace elements. Inadequate maternal intake, malabsorption in mothers or in newborns and infants, harmful toxin exposures in mothers like employment related hazards, smoking, alcohol and illicit drug abuse are amongst them. Medicines can also be a source of toxicity and also can lead to defects in metabolism. Some believes it could also be related to defective excretory function of toxic elements in children that can cause accumulations [4,23]. Vaccine for measles, mumps and rubella (MMR), given at early life is also blamed for association to development of ASD [7]. Abnormalities in the intestinal functions like digestion and absorption discussed widely. Malabsorption syndromes like coeliac disease and other gluten sensitive diseases like non celiac gluten sensitivity (NCGS) has been studied. However, there is no satisfactory evidence of clear relationship [24-28]. Some studies and theories has looked in to the oxidative metabolism, homeostasis of thiamine and deposition of heavy metals as mechanism of pathogenesis of ASD [23]. Defective barrier function at interfaces like blood brain barrier, intestinal mucosa, skin and placenta is also a possible mechanism that can lead to both deficiencies and accumulation of elements [9]. Interactions between maternal immune system and epigenetic regulation in foetal brain is another theory of genesis of ASD phenotype. Epigenetic modifications and Methylation defects via environmental effects is also a suggested newer mechanism [13,29].

Based on the possible associations, the treatment strategies are to replace deficient elements and removal of excess elements. Supplement of Zn to mothers prenatally has shown reduction of ASD or Autism like behaviors in some studies [30]. Thiamine supplementation in attempt to correct defective thiamine homeostasis is also suggested [23].

Chelation therapy (eg: Dimercaptosuccinic acid (DMSA)-as pharmaceutical chelation) as a method of treatment for heavy metal accumulation may be effective [23-32] but lacks evidence and rather serious adverse effects like renal impairment, hypocalcaemia and even death has been observed [31,33]. Use of metal chelation therapy without proper supportive evidence is common in United States and has created concerns about improper use of science [33].

Treatment with N-acetyl cysteine in view of intervening oxidative stress, inflammation and heavy metal accumulation, has been studied with variable results [24-35]. Antioxidant therapy like gold nanoparticles (AuNPs) is also studied in research level in animal studies [36].

Autism as a worldwide fast growing and highly prevalent disease has a large impact. Our understanding on its aetiology, mechanism of development or pathogenesis and how to treat it is still very poor. Environmental causes especially some heavy metal deficiency and some excess of heavy metals are widely discussed with accumulating evidence. However, we are still far away from identifying the central pathogenic mechanism of ASD development thus delaying an effective treatment method. Adding in to this mystery there is no clear definition or well established diagnostic methodology for ASD. It is still defined in the level of syndromic diagnosis without etio-pathological definitions. Wide range of variable clinical features are taken in to account and it may be not one disease, instead we may be dealing with a collection of diseases that share some common features. Diagnosis of diseases with structural defects are relatively easy and development of advanced radiological methods have made this very accurate. There is no such structural defect in ASD, defined yet. Functional defects are difficult to establish but advances in biochemistry and genetic studies have shown an impressive success in medicine. ASD is still a major challenge in science that we still struggle to define what it is?

Presence of clear relationship to environmental factors suggest an urgent need of large scale studies and establishing a clear mechanism, essential in order to prevent the massive impact of this disease. Heavy metal deficiency and excess can lead to development of autism and rigorous search in to this environmental effect is needed to prevent overgrowth of this feared disease.

Currently the trials on treatments are lagging behind in the presence of near complete darkness in the area of aetiology and pathogenesis of ASD. 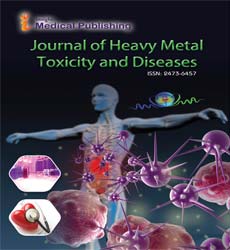